Even though the Huawei Nova 3i is aesthetically similar to Huawei P20 Lite it comes with trimmed bezels and has a glass back. The Huawei Nova 3i is powered by a Kirin 710 octa-core chipset and available in two variants with 6GB RAM and 64GB storage or 4GB of RAM and 128GB built-in storage. The cell phone sports four AI cameras and has a large 6.3-inch display with a notch. A cool feature are the AI-powered 3D Qmojis which can learn and animate your facial expressions, movements and voice to generate personalized Qmoji GIFs or videos, adding more fun to your messaging.

The Nova 3i features a large 6.3-inch FHD+ display with a 19:9 aspect ratio and a screen resolution of 2340 x 1080 pixels. Underneath, a 64-bit HiSilicon Kirin 710 processor with eight cores and a maximum clock speed of 2.2GHz comes paired with a Mali-G51 GPU. The smartphone is available with 6+64GB or 4+128GB and in both cases the internal storage can be expanded by up to 256GB via microSD memory card.
With the specialized AI camera solution with a dual camera setup on both rear and front, Huawei Honor 3i ensures impressive photos and videos with high clarity and bokeh effects. On the rear are two sensors with 24MP + 2MP and on the front 16MP + 2MP. The cameras also support super slow motion mode and can create a professional and natural bokeh effect thanks to improved AI algorithms.
Given its bigger dimensions, Huawei Nova 3i has a bigger battery compared to the P20 Lite, and this means a longer battery life. It has 340 mAh more capacity. Further features include a fingerprint sensor, Bluetooth 4.2 BLE, 2G/3G/4G connectivity, Wi-Fi and for positioning GPS, AGPS, GLONASS and Beidou. The Huawei nova 3i also supports FM radio. The dual SIM mobile phone runs on Android 8.1 Oreo, overlaid with Huawei’s own EMUI 8.2.
Order and buy the Huawei Nova 3i with four AI cameras now online at CECT-Shop.com. Since 2006 your #1 online store for smartphones & more!

Press Reports and Reviews for Huawei Nova 3i (INE-AL00) 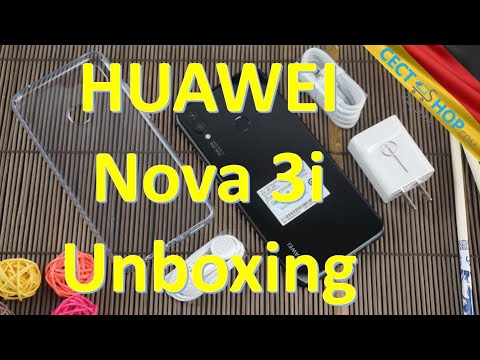