The new all-screen Lenovo Z5 comes with a 6.2 inch display with 19:9 aspect ratio and is available in three colors including Aurora like the Huawei P20 Pro and sports three AI camera sensors. The phone is powered by a 64bit Snapdragon 636 with 8 cores, coupled with 6GB of RAM and 64GB or 128GB storage.

The new flagship phone is powered by a Qualcomm Snapdragon 636 octa-core chipset. The maximum clock speed of the SoC reaches 1.8GHz and the CPU comes paired with 6GB RAM and either 64 GB or 128 GB ROM. The internal storage can be expanded by micro SD-card up to 256GB. The front of the Lenovo Z5 has a screen-to-body ratio of 90 percent. The phone comes with a 1080p display with 1080 x 2246-pixels resolution and a brightness of 500nit. The bezels of the Lenovo Z5 are even thinner than the Xiaomi Mi 8 and iPhone X.

The double-curved 2.5D body sports a dual rear camera setup on the back. The main sensor has 16-megapixel with AI features, f/2.0 aperture and videos are recorded with up to 4K. The secondary lens has 8-mexapixel and is responsible for taking photos with depth of field. With the 8-megapixel front-facing camera you can enjoy selfies or video calls and the cell phone can be unlocked with the rear fingerprint sensor.

The Z5 has a built-in battery with 3,300mAh capacity. Further features of this phone include Wi-Fi, GPS, A-GPS, Bluetooth, dual SIM and different sensors like and a compass and gyroscope. The Lenovo Z5 runs on ZUI 4.0, based on Android 8.0 Oreo.

Order and buy the bezel-less Lenovo Z5 flagship of the year 2018 now online at CECT-Shop! 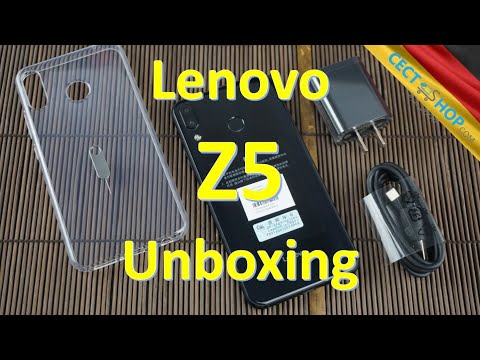