The Meizu 16T is an affordable flagship smartphone powered by a Snapdragon 855 chipset with dual stereo speakers, UFS 3.0 storage standard and a large 4500mAh battery with mCharge support. Worth mentioning is also the 4G FDD-LTE support, including band 20 (B20) with 800MHz. The Meizu 16T offers a 6.5-inch Super AMOLED screen with German TÜV Blue-light certification and Retina Color reduction.

The phone has a notch-less 6.5” Super AMOLED display with 2232 x 1080 pixels resolution and a pixel density of 382ppi and 430nit. The fingerprint reader is embedded into the display with 0.2 seconds unlock time and 360-degree recognition. The Meizu 16T is powered by a Qualcomm Snapdragon 855 octa-core processor with up to 2.84GHz clock speed. The CPU is accompanied by 6GB or 8GB of DDR4x RAM and up to 256GB flash memory. There are three different variants available – 6GB+128GB, 8GB+128GB and 8GB+256GB.

Order and buy the most affordable flagship phone of the year online. Get the Meizu 16T (M928Q) Android smartphone with Snapdragon 855 at CECT-Shop.com. 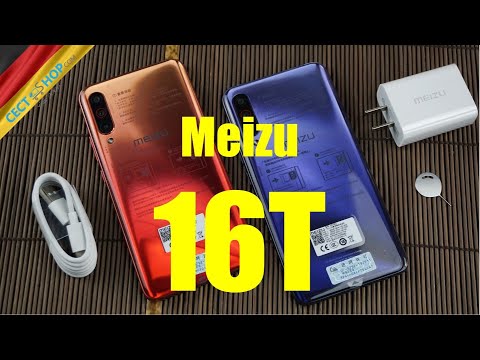