The Nubia N3 packs a large 5000mAh battery and has a 6.01-inch Full HD+ screen. The high-quality smartphone boasts 64GB internal storage and 4GB of RAM. It is powered by a Qualcomm Snapdragon 625 chipset with 2.0GHz. It supports all important 4G frequencies and bands including B1, B3, B5, B7, B8 and B20 with 800MHz.

The ZTE Nubia N3 has an IPS display with FHD+ resolution (2160 x 1080p) and an aspect ratio of 18:9. The pixel density is super sharp with 403ppi. The smartphone is powered by a 64-bit Snapdragon 625, paired with 4GB of RAM and an Adreno 506 GPU. In addition to the processor mentioned before, the Nubia N3 comes with 64 GB storage. The internal storage can be expanded by an additional 128GB.

On the rear panels is a dual camera with 16-MP and 5-MP camera sensor. The camera supports PDAF, LED flash and f/2.2 aperture. NeoVision 7.0 is supported to enhance you pictures and videos. The selfie-shooter on the front has a 16-megapixel 80° wide-angle sensor with f/2.0 aperture.

Like its predecessor, the Nubia N2, the new N3 is powered by a large battery with 5,000mAh. The battery is charged with NeoPower 3.0 fast charging technology. On the rear is a fingerprint scanner located and the phone has a Micro-USB port and a 3.5mm headphone jack on board. Further features include Wi-Fi, Bluetooth 4.1 + LE, GPS, A-GPS, GLONASS, BeiDou and connectivity up to 4G. The Nubia N3 is running Nubia UI 5.1, based on Android 7.1 Nougat. 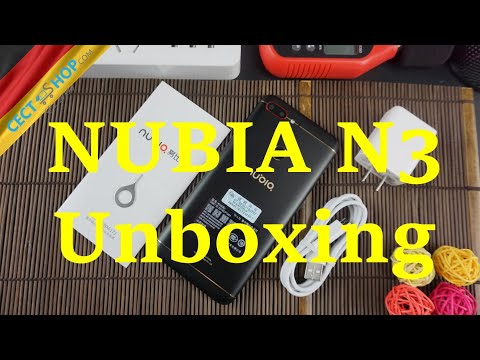